Has your baby recently been diagnosed with cerebral palsy? You may be concerned with several questions:

Our experienced birth injury lawyers are here to help guide you during this difficult time. We'll fight for the compensation your family needs.

Our lawyers will determine if medical malpractice caused your child's injuries and fight for appropriate compensation.

Cerebral palsy is a neuromuscular condition which affects muscle tone, movement, and posture. Some cases of cerebral palsy also lead to cognitive impairments.

This disorder is caused by abnormal brain development or brain damage during pregnancy, delivery, or occasionally during the first few years of a child's life. Symptoms usually begin to surface during the toddler stage.

If your child has recently been diagnosed with cerebral palsy, you may be looking for answers. Occasionally, the disorder may be the result of medical negligence. In these cases, families deserve compensation for the extreme medical expenses and other damages they are sure to face throughout their child's life.

Is Malpractice To Blame?

There are a few common scenarios in which medical malpractice might be to blame for the development of cerebral palsy. The majority of healthcare professionals act within reasonable care, but mistakes do happen. One minor lapse in judgment is all it takes to permanently disable a child and burden an entire family with various expenses.

If you suspect that medical malpractice played a role in your child's cerebral palsy, it would be best to consult with an experienced birth injury lawyer. A good lawyer will compile evidence and documents in order to analyze your particular case. He or she will also consult with a medical expert in order to determine if you have a case for legal action. A successful lawsuit could help ease the financial burdens your family may face.

Brain damage is often at the root of cerebral palsy cases. When attempting to determine whether medical negligence played a role, it's important to consider what caused this brain damage. 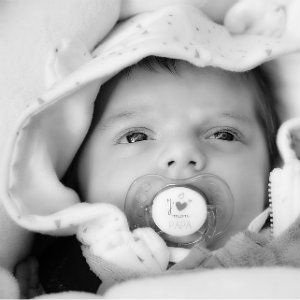 Certain types are more likely than others to be the result of medical negligence.

Genetic mutations may lead to the abnormal brain development which can cause cerebral palsy. In these cases, it's impossible to identify and prevent the possibility of a disorder. There is nothing medical professionals can do to negate these genetic mutations.

Various bodily infections increase the likelihood of brain damage. If your doctor failed to notice or treat an infection which caused brain damage, he or she may be found negligent for your child's development of cerebral palsy. During pregnancy, it's crucial to keep a watchful eye on the health of both mother and child in order to prevent such complications.

If your child was infected while in the womb, brain development may have been stunted. An infection in or around the brain greatly increases the risk of brain damage before or during birth.

Insufficient oxygen is one of the leading causes of brain damage. Infants are capable of powering through very brief periods of oxygen deprivation, but extended periods will destroy brain tissue.

Some deliveries are more difficult than others. When additional measures become necessary, the risk of complications increases. For example, in cases of shoulder dystocia, the doctor may feel that extra force is necessary in order to remove the shoulder from behind an obstructive pelvic bone. Improper use of a vacuum or forceps could also cause traumatic injuries to the infant's brain.

Jaundice is a common condition in preterm babies. Most cases are relatively minor and require little to no treatment. However, severe cases can lead to two permanent forms of brain damage: acute bilirubin encephalopathy and kernicterus.

The Costs Of Cerebral Palsy Cerebral palsy is a permanent medical condition. Although the disease is non-progressive (meaning the symptoms don't get worse), it is uncurable. In the US, permanent disorders come with huge price tags.

According to a 2003 study by the Morbidity and Mortality Weekly Report, lifetime expenses for those with cerebral palsy total approximately $921,000. Less than 20% of this number is estimated to account for medical expenses. The remaining 80% is attributed to "indirect costs", such as the lost wages of caretakers in the family. 14 years later, these costs have almost surely ballooned due to inflation.

If your child's cerebral palsy was the direct result of a medical professional's negligence, you deserve full compensation. This disorder saddles families with a variety of burdens which may be insurmountable without additional financial assistance. Damages may be awarded to account for the following setbacks: