Lawyers Fighting For The Rights Of Whistleblowers

Are you considering reporting unlawful or unethical conduct by your employer? You may be wondering about your rights.

Our lawyers are prepared to help whistleblowers through a complex process.

Our attorneys can protect your rights after reporting illegal business practices.

Whistleblowers are necessary for keeping power in check. These brave individuals choose to speak out for what's right, despite often facing the threat of repercussions from their employers.

If you've recently alerted the authorities to your employer's misconduct, you have rights. If you believe you've faced retaliation such as a demotion or termination, you may want to contact an attorney with experience representing whistleblowers.

The following laws prohibit employers from levying repercussions against an employee who reports violations. 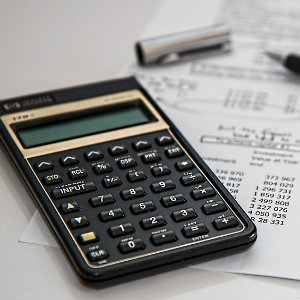 Employers are prohibited from retaliating against an employee who has reported alleged violations. According to the Occupational Safety And Health Administration (OSHA), common examples of backlash employees may face include:

If you've recently spoken out about illegal activity or legal violations by your employer and have faced any of these consequences, we recommend consulting with an experienced whistleblower attorney.

The IRS has a whistleblower program which encourages people to report evidence of federal tax fraud if they're aware of it. If the people or organizations accused of tax fraud have a liability of at least $2 million, then a whistleblower is eligible to receive up to 30% of the total amount recovered.

The False Claims Act was established during the Civil War, and levies liability against people and companies who attempt to defraud government programs. This Act has a provision called qui tam, which allows private citizens to sue on behalf of the government in exchange for a percentage of the total recovery. This Act is frequently used to prosecute fraud in healthcare, government contracts, mortgages, and education.

The Securities and Exchange Commission (SEC) offers rewards for those who report securities fraud. Securities whistleblowers are permitted to remain anonymous and have the option to reveal their information directly to the SEC instead of filing an official Complaint in Federal Court. They can also use public information as the basis of the accusation, as long as they've put their own spin on it.

Examples of securities fraud include:

The Commodity Futures Trading Commission (CTFC) has a program offering rewards to those who report fraud involving commodities, derivatives, or future trading activities. This program also prohibits retaliations from employers if one of their employees speaks out.

The process of filing a claim varies, depending on which type of fraud you're reporting. Regardless of the industry, you are required to enlist the guidance of a qualified lawyer in order to file a claim. If you are interested in filing a claim, we recommend consulting with an attorney who has experience in the specialized field. For example, if you're reporting tax fraud, try to find an attorney who has filed IRS tax whistleblower claims in the past.